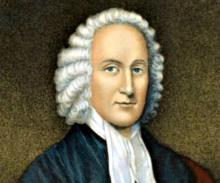 And the devil who had deceived them was thrown into the lake of fire and sulfur, into which the beast and the false prophet had already been thrown. There they will be tormented day and night forever and ever.
Revelation 20:10

This morning I was thinking about how many times I have had to deal with someone making the assertion that a loving God would never send someone to Hell.  They are right, but it is also true that anyone who dies without Christ in his/her life will indeed spend eternity in Hell.  The fire and brimstone (F&B) preachers of the past (and there are still a few out there) made the most of the fact that every unrepentant sinner is on a fast track to Hell and used that fact to scare people into professing Christ.  They aren’t wrong, but the concept of someone coming to Christ, receiving Jesus out of fear, really grates on me the wrong way.  After all, the Christian life is grounded on our strong connection to the Lord and if that relationship is based on fear, we really don’t have much of a relationship.  An F&B evangelist will tell you that the most important thing is that their souls will be saved and that their eternal destiny will be found in heaven.  Again, they’re not wrong, but that statement bothers me.  My greatest concern is that the fearful convert to Christ could easily miss out on the deep, loving, and satisfying bond with God that defines what it means to know Christ.  I suppose I shouldn’t be so concerned about it, though.  It is far more likely that an F&B convert will, now that his life is connected to the Lord, gratefully learn to walk in the love and grace found in Christ.  The Lord isn’t going to leave His newly converted children wallowing in fear.  From the moment any of us turns to Him, He begins working to transform our souls, teaching us to live in His grace and mercy (Philipians 1:6).

While I have to agree with the F&B preachers that it’s better to be converted in fear than spend eternity in Hell, God’s intention when He created mankind was that each and every human being would walk with Him in loving relationship.  Adam and Eve enjoyed that kind of fellowship with God during their time in the Garden of Eden.  God came down and walked with them every evening and they enjoyed their time with each other.  Who knows what those walks were like, but I’m guessing they were filled with laughter and punctuated with wonder as Adam and Eve got to know their Father better.  Adam and Eve probably asked a lot of questions that God answered, sharing His wisdom.  God probably loved answering those questions and as His two proteges learned more about Creation and, at the same time, began to see deeper into His own soul, He likely found their connection joyfully satisfying.  It’s so sad that Adam and Eve chose to rebel and sin.  That first of all sins broke the relationship they had with God and doomed everyone descended from Adam and Eve (that’s all of us, by the way) to also share in their rebellion and to suffer from that same broken relationship.  We all, every human who ever lived, begin life separated from Father God by the sin we carry.  It isn’t fair, but that’s the way it is.

Of course, God, being who He is, wasn’t about to leave things in that state.  So He sent Jesus, His only begotten Son, to die on the cross so that our broken relationships with Him could be restored.  This is where the F&B preachers miss the point.  Jesus didn’t die for us so that we could get to heaven.  Jesus died so that our relationship with Him could be restored.  He wants to continue having those garden walks with us and that we get saved from an eternity in Hell is a really nice side effect.  Jonathan Edwards was a well know preacher in the early American colonies and, in true F&B fashion, preached a sermon in July of 1741 that transformed a nation.  Here’s an excerpt:

“O Sinner! Consider the fearful Danger you are in:
'Tis a great Furnace of Wrath, a wide and bottomless
Pit, full of the Fire of Wrath, that you are held over
in the Hand of that God, whose Wrath is provoked
and incensed as much against you as against many of
the Damned in Hell: You hang by a slender Thread,
with the Flames of divine Wrath flashing about it, and
ready every Moment to singe it, and burn it asunder;
and you have no Interest in any Mediator, and noth-
ing to lay hold of to save yourself, nothing to keep
off the Flames of Wrath, nothing of your own, noth-
ing that you ever have done, nothing that you can do,
to induce God to spare you one Moment.”

Honestly, if I heard that sermon now, in our day and age, it wouldn’t do much for me, but Edwards’ preaching that Sunday morning moved the people of his church so deeply that it ignited a revival (called the Great Awakening) that swept across all thirteen American colonies, transforming the American people, bringing the colonists to Christ by the thousands.  Clearly the Holy Spirit was working.  Still, Rev. Edwards got it wrong.  Don't misunderstand me – the picture he portrays is a real one.  We do indeed hang by a thread over the burning fires of Hell and that thread is held by God’s hand.  But it isn’t a matter of Him letting go.  God is doing His best to keep a good grip on your thread and keep you safe.  All you have to do is reach up to Him and He’ll pull you to safety.  The question isn’t whether He is going to dump you into the fires of Hell, it’s whether you are going to choose Him.  Hell is what it is – burning, misery, and everything bad you can think of – because Hell is the only place in the cosmos where God isn’t.  You don’t have to be a Christian for God to be involved in your life.  Whether you’re the worst atheist out there or the most morally degraded person in the city, you still experience God’s blessing in your life.  James, Jesus’ younger brother, wrote in James 1:17:

“Every good gift and every perfect gift is from above, and comes down from the Father of lights…”

Every good thing in your life, whether you’re a believer in Christ or an unbeliever, a Christian or a Buddhist, a redeemed follower of Jesus or an ardent advocate of sinful lifestyles – every good thing in your life comes to you from God.  Take a drink of water and quench your thirst.  It feels good, doesn’t it?  That good thing came from God.  Sit down to your favorite meal.  The pleasure of satisfying your hunger is God’s gift to you.  Go to lunch with your best friend.  The companionship you have with your friend comes from the Lord.   Now, imagine a world without all those good things.  I’ve had individuals boast to me that when they get to Hell they are going to have a great time drinking beers together with their friends.  That won’t happen because the joy of having friends comes from God and God isn’t present in Hell, so even if your “friends” share your hellish fate, you won’t be with them.  You’ll be all by yourself, utterly alone because friendship comes from God and God won’t be there.  No good thing will be there.  All that will be left to you is everything bad.  Make a list of bad things:  bee stings...thirst that can’t be quenched...burns on your body...sickness…broken bones...hunger...pain...the list is endless.  In Hell, agony of all kinds is all you have left.  So, when the F&B preachers describe Hell as full of burning misery, they are right because where God isn’t present, only misery is left.  But don’t despair!  God is doing all He can to keep us from that nasty future.  All we have to do is reach out to Him and He’ll pull us out of the fire.  The real issue isn’t whether God sends people to Hell.  He doesn’t.  It’s just that if someone really, really doesn’t want God, and their life ends with them still pushing God away, then He’s not going to force them to spend eternity with Him.  It isn’t a matter of God letting go of your thread, it’s a matter of you letting go.  If you really, truly don’t want God in your life or future, well, that’s your choice to make and you can let go of your thread.  Then, like Golem falling into the fires of Mt. Doom, you can fall into the fires of Hell.  Just don’t accuse God of “sending” you there.  God doesn’t send anyone to Hell.